Film Versions of Classic Novels and ‘The Tenant of Wildfell Hall.’ 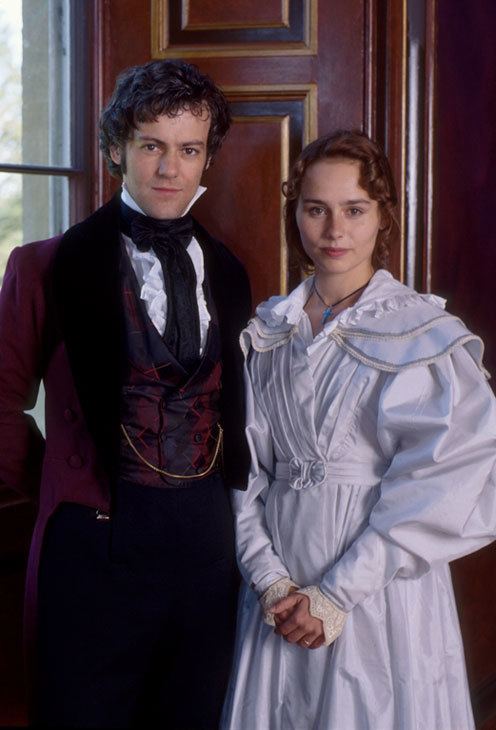 I tend to find film versions of books disappointing. By their very nature, they have to be truncated and dramaticised, and that to my mind does away with various subtleties and nuances. Two characters are often joined into one, others written out of the script. Various events are transposed. Quite often things are simplified.

For instance, to take a trivial example,  in the book version of ‘Pride and Prejudice’, Mary Bennett is not meant to be noticably bad at singing and playing the piano. She is in fact described as being better than Elizabeth at both; it is her affected style that draws derision from Miss Bingley and her sister.

Obviously, film makers (anyway in the versions I have seen) think that is one of the subtleties which should be done away with in the interests of clarity – and comedy. Poor Mary is made to sing ‘Ombra mai fu’ wholly out of tune (for those interested, it is a wonderful aria from Handel’s  1738 opera’ Xerses’ and I use it as a sort of signature tune in ‘That Scoundrel Émile Dubois’ ).

For all that, I did think the film versions of both ‘The Remains of the Day’ and ‘Pascali’s Island’  were as good as the books.  I’m not quite sure why that was. Perhaps they were better suited somehow for  dramatic adaption than such classics as ‘Pride and Prejudice’ and ‘Vanity Fair’?

Anyway, one of my favourite novels being ‘The Tenant of Wildfell Hall’, and having never got round to seeing the television series, I was pleased to be given the 1990’S DVD for Christmas.

I have just seen it. I enjoyed it, and the acting was very good. Toby Stephens made a sympathetic Gilbert Markham, with a Yorkshire accent to show his social inferiority as a farmer to Helen Huntingdon. Rupert Graves made a suitably caddish and lively Arthur Huntingdon, and Tara Fitzgerald made an appropriately strong-minded Helen.

Still, overall, I felt it could not compare to the book. To my mind, the spiritual message in the novel – and in particular, the discussion of Helen Huntingdon’s (and Anne Brontë’s) belief in Universal Salvation, was wholly left out. Due to the need for dramatic structure, many events were conflated or treated in a different sequence than in the novel. Some of the characters were deleted, or two were combined into one, or their role was slightly different.

Certainly, it is true that the complicated structure of the book – a tale within a tale – makes for difficlties in filming, as with ‘Wuthering Heights’.  There is, in the book, a prolonged flashback when Gilbert reads Helen’s diary. The book as an early Victorian novel makes for slow reading for the modern reader.

I felt that Helen’s early high-spirited playfulness was neglected (as Elizabeth Bennett’s in ‘Pride and Prejudice’ never is). One of the tragedies of the novel is how these high spirits are crushed by her embittering existence as the neglected wife of a selfish man slipping into habitual drunkeness.

Likewise, the message about her youthful hubris seemed to me not to be given sufficient emphasis. To me, besides the theme of wrongdoing and forgiveness, the tale of Helen’s youthful presumption was also central.

She blithely assumes that despite her youth and inexperience and complete lack of equality of power as a wife in the England of the 1820’s,  she will be able to use her influence  to reform a rake ten years her senior. She is confident of this, even though she must see that he is not exactly determined upon that reform himself.

One of the intriguing things about the plot is that Arthur Huntingdon is too emotionally superficial for Helen’s dreams of changing him to stand any chance of success. Not only do his passions for his mistresses never last, but his passion for his wife is not much deeper.

In the typical romance, the debauched male lead’s feelings for the heroine are different from those he has had for women before, and too intense for him to resist his impetus to change. –  By contrast, in ‘The Tenant of Wildfell Hall’ Helen tragically assumes that Arthur’s feelings for her are deeper than they are.

A fault of the book, I thought, was the fact that Helen goes from slightly disillusioned with Arthur to wearily so within too short a space of text.

In her theme of a youthful, spirited heroine who dismally fails to reform a wicked libertine, Anne Brontė wrote a story which is a polar opposite to a favourite theme of historical romances that remains extremely popular today, where an innocent girl reforms a seemingly incorrigible libertine merely by becoming his love object.  This is another aspect that has always made the story particularly fascinating to me.I would say that the producer did try to bring this theme out, but I have to say if I hadn’t read the book, I would have been less aware of it.

I would certainly have been puzzled by some of the developments of the plot if I hadn’t read the book.

Perhaps it was in line with the ‘anti romantic’ theme that the costumes struck me as unnecessarily dowdy – with an early Victorian, rather than a late Regency or late Georgian flavour. In having Helen Huntingdon dress quietly, the producers were following the author. But I cannot imagine why Annabella Wilmot, later Lady Loughborough and Arthur Huntingdon’s mistress, would dress anything but flauntingly.

An odd problem was caused by the fact whoever did the casting chose a cast largely of dark haired actors, to the point where the heroine’s brother and her husband so resembled each other in poor light that I would have mixed them up at times if I hadn’t read the book. In fact, given that Gilbert is also played by a dark haired actor, I might at one time have wondered if her brother was attacked by his own doppleganger: a gothic scene indeed…

Still, for all my carping, overall I thought it was very well done, and here’s a scene.

2 thoughts on “Film Versions of Classic Novels and ‘The Tenant of Wildfell Hall.’”