More on ‘Wuthering Heights’ : The Notorious Absence of a Wholly Sympathetic Character and a Moral Compass.

I am still reading  that fascinating book by Marianne Thormëhelen, ‘The Brontës and Religion’, and it raises a point that had vaguely occurred to me, but which the author brings into sharp focus.

There is no character in ‘Wuthering Heights’ with whom the reader is meant to identify, who is depicted as generally sympathetic – even if flawed  –  and who provides a moral compass from which to view the events.  I believe this is the main reason why I experienced a sense of incompleteness about the story, and found it  vaguely dissatisfying.  This may well be the reasons why so many readers are left with a confused and disturbed feeling on finishing the story.

‘‘Wuthering Heights’ has no such moral focus (as that provided by the heroines of ‘Jane Eyre’ and ‘The Tenant of Wildfeld Hall’ )  which  might have imparted authority to any ethical standpoint associated with the dramatis personae themselves.  As generations of ‘Wuthering Heights’ readers have observed, with varying degrees of fascination and irritation, none of the persons in the novel is entirely likable; the natural wish to sympathize with a lead character is thwarted at every turn. Attempts to make Nelly Dean the villain of the piece may seem fanciful; but her loyalties are inconstant and her complacency unjustified.  Edgar is surely right to upbraid her for delaying the recognition of Catherine’s illness , and that is only one of her grave mistakes. Convinced of the goodness of her intentions, she shows no sign of ethical development involving recognition of her faults.  Nor does anybody else in the book, with the possible and partial exception of young Cathy.  Hareton is guided towards his happy ending by nature (decent genes in combination with love) not be principle; and Edgar Linton is a gentleman and devoted husband and father, but he does not possess enough force of character to provide a moral centre of gravity in a tale which contains such varied and vehement passions. ‘

The man who thinks that he is a moral authority , the Calvanist serving man Joseph, is in fact, a figure of fun.   Intolerably convinced of his  own spiritual superiority, superstitious and wholly uncharitable,  he provides black humour among the grim melodrama and savage brutality played out between the other characters.

It is also one of the few books I can think of which has been an outstanding success without any firm  moral basis . Of course, there are books with anti-heroes and flawed narrators, and ‘Wuthering Heights’  certainly  does have an anti-hero in Heathcliff, and unreliable narrators in Nelly Dean and Lockwood; but most books which have these do generally have some sort of moral focus provided b y at least one admirable character. While I think that Marianne Thormëhelen is rather harsh in her judgement of Nelly,   In ‘Wuthering Heights’ the reader is left to make his or her own way among a group of characters often behaving unsympathetically,   with generally little in the way of ethical insight. 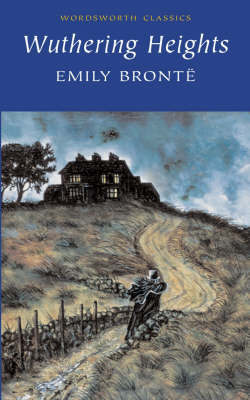 Perhaps that is even a source of its continuing fascination for generations of readers.

This makes me  think,  once again, that the  earlyVictorian writers were lucky as regards breaking certain rules in novel writing. They may have faced strict  censorship  regarding the then  rigid notions regarding sexual morality and propriety, but they were perhaps allowed to break rules which today are regarded by most people in  the publishing world as incontrovertible.

Yet, ‘Wuthering Heights’  continues to engage readers, and only a portion of these are convinced that Heathcliff  is a romantic hero.  For myself,   I am sorry to say that I was uncharitable enough to hope that Heathcliff  was forced in some way to repent of his evil actions, and to my disappointment, he never did…

…I first read it many years ago, of course; long before I learnt that the author was fascinated in the concept of the fate of the unrepentant Gothic wrongdoer.

As for what motivates other readers who are not partisan regarding Heathcliff  or the older Cathy  into continuing to read the story, I am not sure.  The vivid writing, larger than life characters and Gothic happenings must surely play a part.  Perhaps, they might let me know?