Review of ‘Birdwoman; The Memoirs of A Lovesick Siren’ by Anne Carlisle 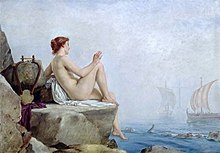 This is an outstandingly original story, which draws the reader in at once into the fascinating world of the siren. It’s exciting, well paced, funny, sad, outrageous and startlingly believable all at once. The writing is vivid, evocative, bawdy, witty and sometimes poetic.

I took at once to the heroine, Destiny, who is born, along with a twin brother of considerably less power – though with an equally strong will – to a mother who comes from a long heritage of sirens.

While Destiny is a siren, her brother is a demon. She loves him, though she knows too well that while she is motivated by a genuine desire for good – along with a fairly healthy ego, that is, and a strong sex drive, that is – Dustin is motivated by a will to destroy.

This evil in Dustin is made worse by the fact that he feels unloved –his mother is disappointed in him, for as a boy he shows no particular talents and an unappealing streak of malevolence – while she is justly proud of her daughter. Not only that, but the siren family has a secret enemy in a disinherited part demon who covertly strives to undermine them through his influence on the boy; and the bitter, rebellious Dustin, an under- achieving male in a dynasty of clever strong females, makes for an apt pupil.

Destined, as her name indicates, to be one of the strongest of the sirens of her family, the heroine is as strong and independent as befits a girl growing up in the early twentieth-first century; she is also both kind and family oriented. She is quite simply great hearted. 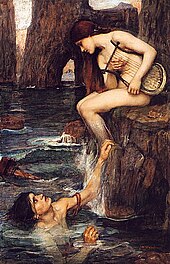 This is a heroine who, besides her occult powers, is lovely, an outstanding scholar, aided by her eidetic memory, a gifted musician, witty, sensual, cultured and morally aware – but never for one second does she come across as a ‘Mary Sue’. She faces all the feelings of angst, and loneliness and is as tormented by the family conflict by which she is surrounded as any human girl. Her older relatives scold her and take her for granted.

Worse, Destiny seems unable to find true love. She can have any man she likes – that is one of the powers of the siren – but there is a caveat: ‘as long as she likes him dead’.

Destiny dreads this generational curse; she knows that even her devout Grandmother, rebel against her sirenhood –has caused deaths; love, sex and reproduction for the siren must not be mixed: reproduction itself is hazardous, for a male siren is never strong and admirable.

When Destiny does find true love – after many hilarious sexual adventures – this problem becomes truly urgent for her.

Meanwhile, the story moves through the battle between the twins over the fate of the family’s property empire – is it to be used for good or evil? The tensions mount as the story moves to its inexorable climax of violence and sorrow. 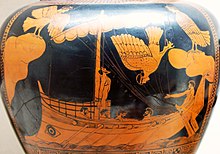 Here are a few of my favourite quotes: –

‘ “Death has no impact on character. I’m still insanely jealous, although I’m no longer vain…”Well, at least the afterlife produced some degree of self-awareness.”’

‘Both evil and its antidote reside in the human heart. The best part is, the antidote can be presented as a gift’

‘I wish there was a book I could refer him to, with a title like ‘Emotional Intellgience for Paranormals’.

‘Grammie used to punish Mama with the silent treatment, and once an entire year had gone by without their speaking to each other…’

There are many more excellent quotes. I recommend this book to all fantasy lovers who want a strong heroine and love a laugh. I’m looking forward to the sequel.