That Scoundrel Emile Dubois and the Sequel

Émile Dubois: [lounging in his rich crimson dressing robe] Georges, I have news of the most tireesome. And by-the- by, mon ami, we are not alone. We are looked upon – even as we speak, so be discreet.

Georges: [clenching his fists] Merde! Do you mean, them Bow Street Runners has finally guessed who Monsieur Gilles and his Gentlemen of the Road really was and is spying on us? The sneaking bastards!  If not, never say that pig Kenrick is back yet again, and now he’s about it. [expresses himself even more coarsely].

Émile Dubois:   I have yet to learn of either of those two misfortunes. No, by news of the most tiresome, I mean that our biographer delays in recounting our adventures, in favour of one Lord Harley Venn thirty years hence.  We are watched in that we form part of  what is know as a ‘webblog post’. That is why we’re speaking English, with just a few French expressions thrown in.  That being so, mind your maledictions.

Émile Dubois:  How you and I normally speak, when we are alone.

Georges [bristling]  What does this Viscount fellow have, that we ain’t?  And he lives in 1821? Le diable, by then we may well have gone to our final account. [uneasily] I hope Madame Sophie still prays for us every day?

Émile Dubois:  Every day, and twice on Sundays. It don’t seem to be doing a whole lot of good, though we try. After all, we haven’t ridden out to rob since we met les femmes.  This Viscount is a wicked fellow too, it seems, though highway robbery is out of fashion by his day.

Georges: Do they have all them ebooks and weblogs in 1821?

Émile:   Non, pas tout à fait exact.  But this Viscount and his lady are new characters,        which we ain’t. I hear that there’s a generational curse, and a Hooded Spectre, and it all takes place in an isolated château.  Adventures most Gothic, enfin.

Georges:   Sad stuff compared to our fight with them green blooded monsters and both Kenrick and that Arhtur Williams coming back through that time displacement, and drawing in that pretty Éloise chit. So much for your talk, that she would only take her cross off for you.

Émile:  As for Éloise, I must take part of the blame. if I had not bitten her first, back when you and I were blood sucking monsters ourselves, she would never have agreed to be breakfast for Williams. 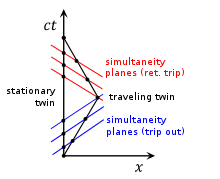 Georges: [strides indignantly about] It were a fine adventure, and it ain’t good enough, Monsieur Gilles. What it amounts to, is them blue stocking writer females can’t  be relied on.

Émile Dubois:  I was unaware that you ever placed an iota of faith in any blue stocking female, Georges. [solemnly] You could, come to think on it, start to pen those memoirs yourself.

Georges: [struts over to the mirror, and regards himself complacently as he rearranges his neckcloth]  I would write a fine tale, but I can’t write in that uncivilized tongue, l’Anglais.  But you can.

Émile Dubois:   Vraiment, but could my limited turn of phrase in  my second language do justice to your heroics in that adventure, Georges?

Georges: [much struck]. I think you speak true! You know, in that first history, I don’t think the female biographer spent enough time emphasizing quite how fine looking a man I am.

Émile Dubois: Perhaps she thought emphasis of your handsome looks might pain me, by contrast with my own.  Alors, you rascal, would you like to say more of that adventure, as we are speaking to your admirers?

Georges:  No. I am a modest man, and I do not care to seem boastful…

[A scratching at the door: Georges opens it. Sophie stands without, highly excited].

Sophie:  Émile, that baby is so clever. Only guess what he just said –Gaa-Gaa.

2 thoughts on “That Scoundrel Emile Dubois and the Sequel”