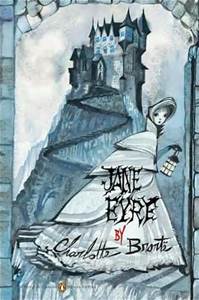 Setting: Wuthering Heights: Heathcliff and Arthur Huntingdon now sit at the table in the great room with the ‘houseplace’ and the great fire, decidedly the worse for drink. Both clutch a pack of marked cards.

Joseph and Hareton go along the passageway outside, making for the stairs.

Joseph: ‘Tis fair shocking. I’m afeered t’upstart maister is behaving as he did in t’auld days when he strived to take this house from its rightful maister. Worse. For I’ve heard him laugh out loud. A fair sin and a shame I call it. I’m to my bed in t’attic with my bedtime reading: ‘The Hideous Sufferings of the Damned in The Lake of Burning Fire, and How the Elect Chuckle to See It’. That day can’t coom soon enough, I reckon, for t’gentry in there.

Hareton: Dust eever think that there might be more to life than this?

Joseph: Why, nay lad; never. What more could theere be?

Hareton: (casts around in his mind) Well…

Joseph: You see; idle nowts of fancies put in thy mind by the fiend himself. Beware! You’ll be thinking o’ nasty flauntin’ queens next.

(They are halfway up the stairs before Hareton suddenly stops) Fun!

Joseph (drawing back) What?!

Hareton: Fun. I vaguely mind me we had some o’ that now and ageen, in t’auld days. 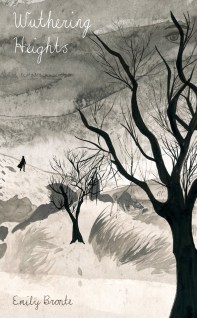 Joseph: Don’t be daft, lad. I’ve never had any fun in night on seventy year, and its never done me any harm.

(Hareton remains silent: Joseph sighs and groans about idle thoughts as they clump up to bed.)

Huntingdon: (aside) This sneaking fellow may well scheme to get his hands on my property with his pack of marked cards, having used that trick before. But he shan’t fool me as he did that pathetic fool, Hindley Earnshaw. I’ve got my own pack of marked cards, and few have a more seasoned head than I.

Heathcliff: (slurring) Don’t tell me you usuhally drink like thish. You musht be a confirmed drunkard. Maybe worshe than Hindley.

Huntingdon: No, I’m a gentleman, and believe in good living. Damn me, d’you usually take your meals with that sour faced old bible spouter? No wonder you’ve got no joie de vivre. If I was you, I’d throw him out, closely followed by his good books.

Heathcliff: She and I did that onshe, wit’ his blashted good booksh, and laughed ourshelves sick. (struck) Can’t remember when lasht I laughed.

Huntingdon (appalled) What type of melancholy excuse for an existence is thish? (aside) This wine is getting even to my seasoned head. I’m starting to slur like him.

(The wind howls eerily about the isolated farmhouse. A tap on the window) 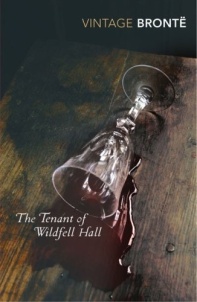 Heathcliff: Damn! Whosh there? (Another tap)

Heathcliff: Can it be Her at last?

Huntingdon (uses many maledictions) Seeing you won’t see who it is, I suppose I must. (goes to the window and flings back the curtain) There’s nobody there.

A female voice: Oh yes, there is!

Huntingdon: (peers downwards through the darkness) Damn me, it’s some plain faced woman no bigger than a well grown child. Wait a minute, I’ve heard of you! You’ve lost your way; you belong in another novel.

Jane Ere’s voice: Ah, I have been forced to flee my master, who offered me a bigamous marriage and wicked temptations. But I feel no temptation to stay in the company of either of you. I must go on to the River’s household.

Heathcliff (rushes to the window with terrible imprecations) What d’you mean by raising my hopes, you miserable slut? Get out of it, before I set the dogs on you! You’re the sixth character from another novel come here in a week!

Huntingdon: (returning to the table and removing a couple of cards from his sleeve): Anyway, she isn’t handsome enough to tempt me.

Heathcliff: (visibly paling) Silence! You know who said that! The last thing we want is Mr Darcy calling in!

The credits roll up. Voiceover: What will happen next? Don’t miss the next installment of ‘Huntingdon Meets Heathcliff’.